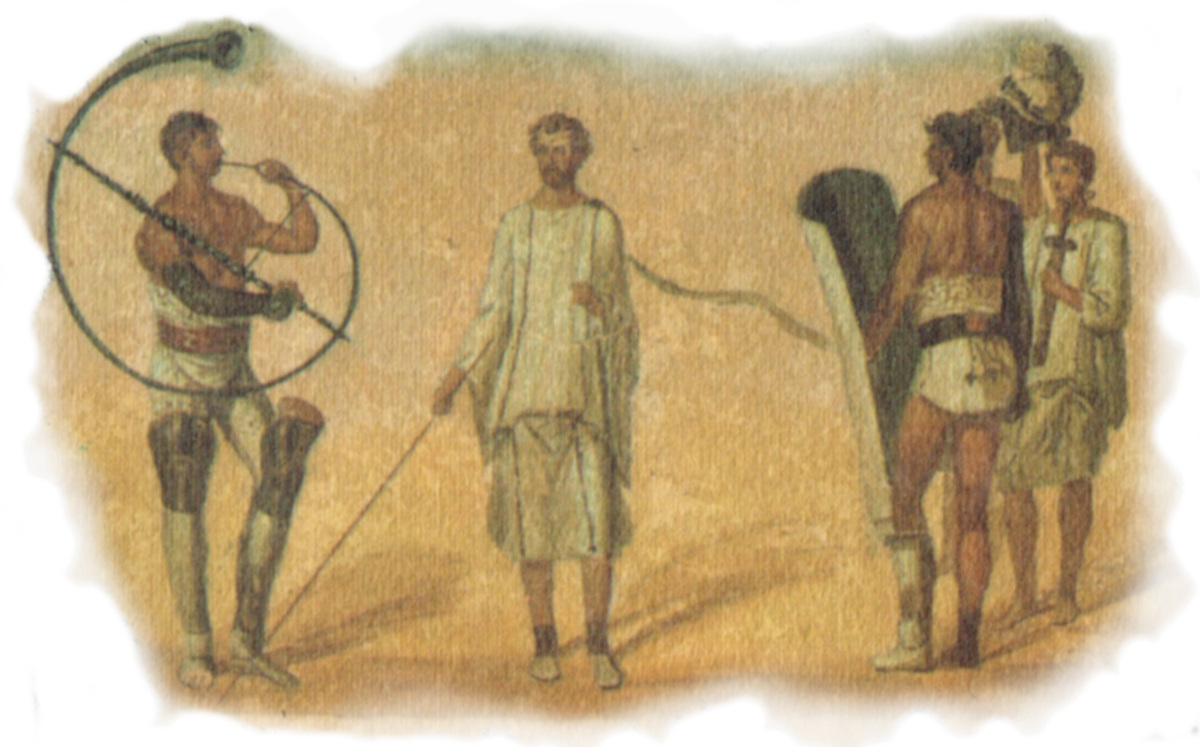 What’s in a name: Cornu?

The name cornu (plural cornua) appears in Roman literature, describing their instrument which encircled the player. Such instruments are depicted in Etruscan, Roman and native European iconography. The earliest depictions come from Etruscan sources but no large cornua have been found from Etruscan times.

The term appears to have been derived from much earlier languages than Latin and can be traced back to Proto Indo-European sources in the root kern. This was seen in the Greek term keras for their blowing horn and may have been part of the term used for an otherwise unidentified instrument referred to in Greek as bycane, this being used in connection with shepherds. One ancient author tells how, in Italy, swineherds played the bycane to exercise control over their animals.The term passed into Romans usage as bucina.

Over the years, the Indo-European term has provided a basis for the words, among others, horn, cornu, karnay, karnyx, kernai, etc. In later times, it appeared in the Cor de Chasse and in more recently in the cornopean and the present-day cornet.

The term muiuz kernei is used to refer to a Kyrgyz (from Kyrgyzstan) wind musical instrument, which,  like its Persian form, the surnai (Persian: سرنای‎) is made from the horn of a mountain goat. They are  used in their ancient form and are never seen in modern ensembles or orchestras. The term kernai is also used in the form  jez kernei  to refer to a long instrument made of copper or brass, demonstrating how ancient terms are adapted to refer to changes in instrument form

Image: A Scene from a Fresco in Pompeii, showing a Cornu Player with his Instrument